I have called this period the hectic one as most of the month of April involved having good friends and family up to visit. Great in a way as it allowed me to spend time with my nearest and dearest, but bad in other ways as it took me out of my “routine” and left me feeling anxious about being with Robin when they had all gone home.

But these weeks were not just about visitors, more transformations happened both within myself and Robin. As I write this Robin is approaching 11 weeks old and he has really started to blossom. (As I publish this he is 23  weeks old!)

Week 6 saw the emergence of his first smile! Ok, so I thought ‘nah it’s just wind’ but then I realised it was more than that, my little son was actually beaming back at me from the change mat. Is he really that happy to have a clean nappy on?! It was a great moment. At last some interaction. For the last 6 weeks we hadn’t had anything back from Robin. It seemed that being awake meant crying and now he was awake and not only NOT crying but smiling!!!! Amazing!!!!!

As well as Robin developing I felt like I had to once again man up and take things to the next level…take Robin to a cafe!

A good friend from uni was up visiting me and I figured she would be a great person to take with me to some coffee shops with Robin. If everything went into meltdown at least she could help me out, calm me and calm Robin.

Baby steps quite literally as our first outing was taking Robin to Hazlehead Cafe in Aberdeen. This place is full of yummy mummies and families. When we arrived it was pretty busy and pretty noisy! That of course helped as when Robin did start crying he was drowned out a little bit by all the other kids. A bottle and rock in my arms later and he was asleep. Phew! Mum won this round!

An outing into Aberdeen city centre was the next major step. Pre-Robin I loved going to coffee shops and drinking coffee. Since the birth the only chance I had of a coffee was a quick takeaway cup when picking up daddy after work. It was the ultimate step for me. Once again my friend was with me, I deliberately parked some distance from the cafe so Robin had time to fall asleep in the pram on the way up. Result! Not only did he sleep on the way to the cafe, but through ordering, receiving our food and eating! Yup, that is right, I managed to eat my lunch in peace and drink a hot coffee, and not in a high speed ‘stuff everything down your throat in one gulp’ way. What was I ever scared of?!

Of course when Robin did wake up it was accompanied with cries, but a quick bottle sorted that out and a few bounces on mummy. What a good boy! He even managed a few smiles at the table of ladies behind us. 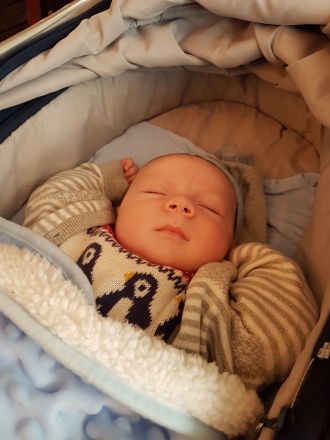 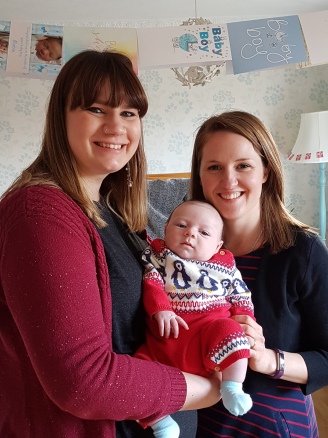 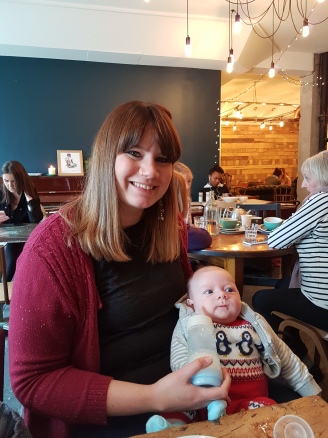 Had I been worrying about nothing at all?! Well yes and no. Months down the line I would start to take Robin out more, sometimes it went great, sometimes there were screams. The key, knowing my boy and how to respond to his needs. Of course at week 6 I was terrified, we were still getting to know each other and I was still trying to figure him out. But believe me when I say your confidence will grow.

There will always be the days when your baby either is overtired or in pain with teething and doesn’t want to be sat in a coffee shop. I guess just prepare for it but most of all don’t panic. Remember, you can always get your coffee in a takeaway cup, just in case of a hasty exit!

Here are some other photos from the “Hectic” Period. 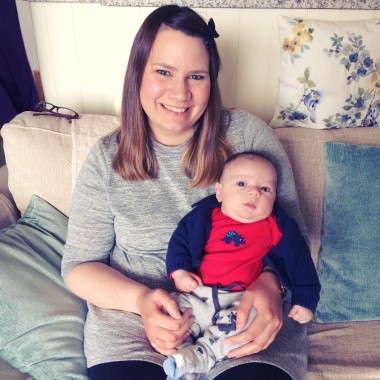 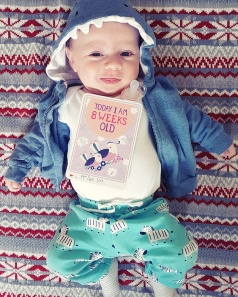 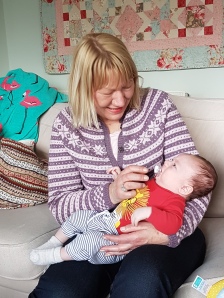