Day 2 of #30DaysWild saw Robin Oleander going to Newburgh Beach for the first time. In fact it may even be his first ever trip to a beach!

Newburgh Beach is one of our favourite beaches to visit in Aberdeenshire. It is very accessible and is great for the array of wildlife, as well as just going for a beautiful walk along the coast.

This post concentrates on the sensory experiences Robin had whilst at the beach. Do you remember your first ever trip to the beach? There is so much to take in! The sounds, the smells, the sights…not so much the taste, thankfully Robin didn’t start eating the sand!

Imagine you first arrive at a beach what do you see? Well for Robin it was the car park but very quickly we started to get into the wilderness where we were surrounded by Gorse bushes. With their bright yellow blooms and dark green foliage I reckon this high contrast would have been very eye catching for him! Babies love high contrasting colours at this age. 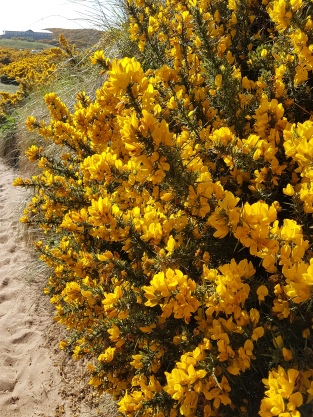 Once onto the beach there was so much to see, the first time he properly encountered a vast space. The bright blue sky, the rolling waves and the golden sands.  We then headed up into the dunes which were full of long coarse grasses. The long thin dark strands moving against the pale sand, dancing in the wind. 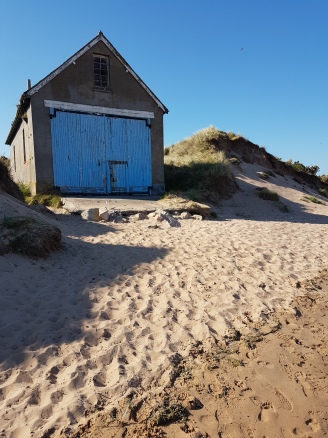 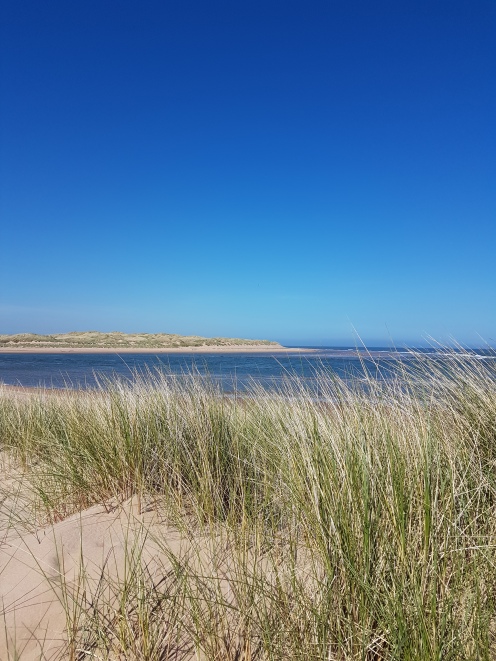 Have you ever closed your eyes at the beach and just listened? I would imagine the most prominent sound would be the waves in the sea crashing upon each other and the sound of the water lapping the sands on the shore. This would be interrupted ever so slightly by the occasional noisy whirr of the helicopters flying over head, returning offshore workers back home. Once passed, the calmness would be restored allowing you to hear the rustle of the grasses and the distant moans of the nearby seal colony and the terns flying overhead.

I wanted to make this trip a sensory one so I made sure Robin got to feel some things before he fell asleep. As we sat in the sand dune I let him touch the grasses so he could feel the shiny tough surface, we stayed away from the sharp point at the end though!

One thing you can always guarantee feeling when at the beach is the wind on your skin. Luckily we found a patch which was sheltered so it wasn’t too windy for Robin, but I’m sure as we were walking along he still would have felt the wind gently brushing against his face.

I also wanted him to feel the sand, however now Robin has discovered his hands they are always in his mouth and I didn’t want him to eat the sand. So off came his socks and we plunged his feet into the cool sand. I bought a couple of toys which we used to bury Robin’s feet in the sand, as well as raking sand over his feet and trickling the sand through a sieve. 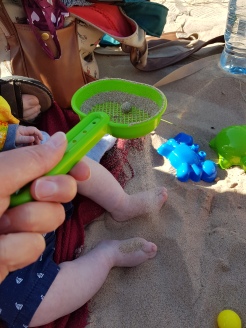 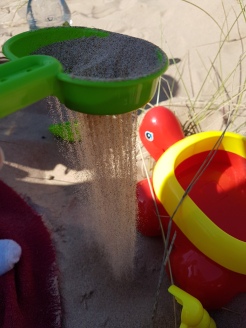 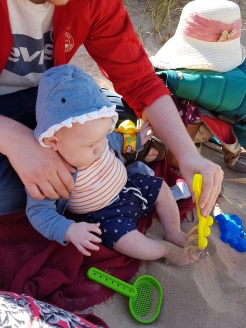 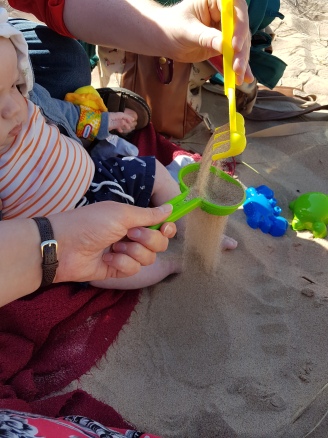 Did Robin have fun? Well unfortunately the little pudding was a little grumpy and tired on the trip, and I think that face above says it all haha. But I’m looking forward to doing this again numerous times and look forward to him one day burying his Dad’s feet in the sand! 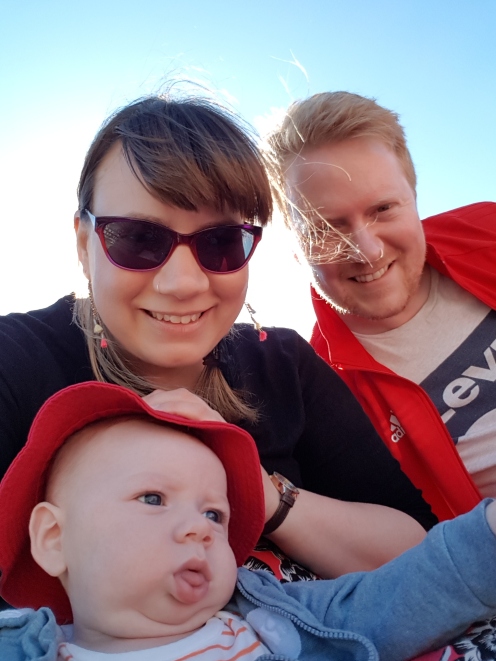 If you want to follow our adventures this June then pop your details onto this form. You’ll not only get weekly updates but some other bits and bobs only subscribers will see.

I hope you join us, we would love for you to come along and watch Robin Oleander meet the world!