Let’s call these the transformation weeks.

As mentioned in my previous post once Robin had hit 3 and a half weeks I decided it was time to get back in the car. Even if it was just to drive to the in-laws to say hello and get a change of scenery at the weekend. Who would have thought I’d look so forward to picking my partner up from work?! Having the ability to be mobile boosted my confidence, but I was still too scared to take Robin anywhere other than the park! 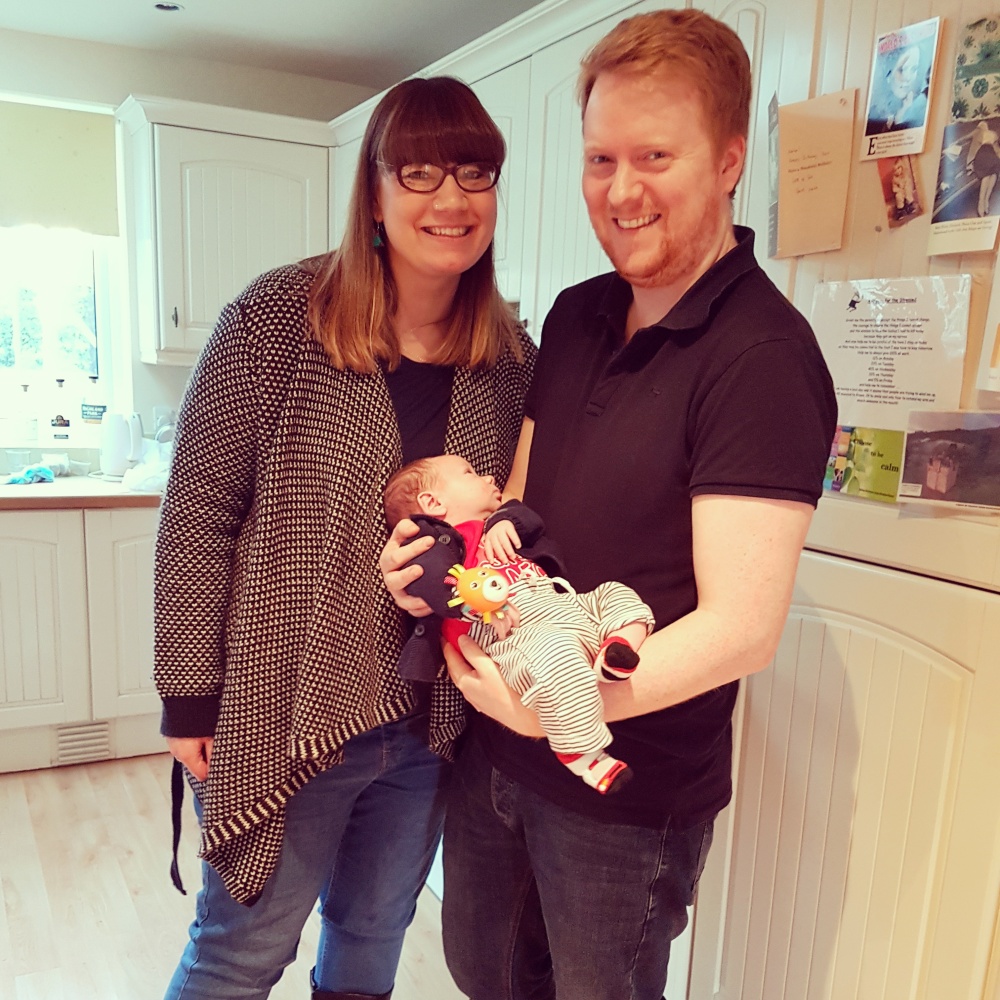 As the days went on my confidence grew, most days we would go for a walk around the park, and yes sometimes there was crying. We have even been to the local Asda to pick up errands (but only after he was zonked after a long walk!) However this wasn’t enough to satisfy me… I was missing company of adults and speaking to people capable of having a conversation.

When Robin was 4 weeks old the health visitor came to my house for a regular check. I’d been feeling pretty teary on and off and couldn’t resist a total meltdown in front of her. It’s funny how those words  “how are you?” can turn on the water works. I felt embarrassed crying in front of her, up until now it was just daddy that saw my tears but they were getting harder to keep in. After chatting it became apparent to both her and myself that I really missed being social and being around people. She gave me some information on a local baby group and I made the decision that day that I would make the effort to go and meet other mums no matter how hard it may be at first.

Although I liked the prospect of meeting other mums the reality of going to a group terrified me! What if he cries and I can’t settle him?! But I knew deep down I needed to start doing things otherwise I would go mad being at home all day. So I did some research online of local baby groups and baby classes and thought about it, thought about it and thought about it a bit more. Turns out the local baby group was stopping soon for the Easter holidays and I had one last session left I could attend before they stopped for 3 weeks. I could either man up and go this week, or I would have to wait another 3 weeks in which there was plenty of time to talk myself out of going! So I made myself a promise that we would go along to the next baby group on the Monday…………feeds and naps depending…

This is a massive one for me and a massive first. After making a promise to myself that I would take Robin to the local baby group when I woke up on the Monday I felt anxious. All morning I thought about the group and how we had to time going up around his feeds so hopefully he would fall asleep on the way. Getting out the house is still a stress for anything other than a short walk. After a feed and multiple nappy changes everything was ready to go. We left the house and embarked on the short walk through the park to the local community centre, of course to start with Robin was crying. I did not want to turn up with a crying baby so I just hoped the walk would settle him. Relatively quickly he fell asleep and I walked towards the centre. As I walked through the park I fixed my gaze on the door of the community centre, as it drew closer I felt more nervous, there was still time to abort and do another circuit around the park! As I got to the car park I took a deep breath. I knew there was no way I could chicken out now, this is something I had to do and go through with. What is the worst that could happen?

It sounds ridiculous how scared I was to go, last year I was sitting exams for a digital marketing qualification surely that is more nerve-wracking?! I opened the door and approached the room, I’d made it. As soon as I walked through the door I was greeted with hellos and friendly smiles. There was only one other mother there and a couple of people who ran the group but I ended up staying and chatting with them for an hour and a half, and Robin was asleep most of the time. I even walked back to my house with the other girl I had met and we chatted on the way back. Turns out she lives right around the corner from me, is new to the area and it was also her first time going to a baby group. I wasn’t alone! As I write this 8 weeks on I am still friends with the girl I met, we message each other most days and usually see each other once a week.

As silly as it sounds for a grown up to say this I felt proud of myself. One of my biggest worries had been overcome, I had gone to the group and just like people said to me, nobody cares if your baby cries, it is just what babies do!

If you want to follow my Motherhood blog posts then pop your details onto this form. You’ll not only get updates of my posts but some other bits and bobs.