We first noticed Robin was in some kind of discomfort early on in his life. I can’t quite remember if it was days in or weeks in, but it became most apparent to us at night when he would roll around in pain, especially after his 2am feed.

Like any new parent we had no clue what was normal and what wasn’t normal with a baby. Everything we used to google connected with Robin just came back saying things like – “babies can struggle from trapped wind until they are 3 months, it is normal”, or “heavy breathing is normal”. It is not until now that I look back and realise that all the symptoms were there for cows milk allergy (CMA), we just didn’t connect them together.

Firstly we thought he maybe had colic, but he wasn’t screaming for hours on end. Then perhaps reflux, but he wasn’t crazy puking either, hmm maybe silent reflux? His main issues seemed to stem from trapped wind. I spoke to my health visitor who advised trying tummy massages to aid the digestive system. So I began to do that and cycle his legs like mad. It still didn’t work.

After more googling I tried various things other mums had recommended. We tried Infacol first which seemed to help for a bit, then it didn’t. Next we tried Dentinox, then Gripe Water, and lastly the insanely priced Colief drops. Each time we moved onto another product we were given hope by people online that “this product would change your baby’s life” and each time our hope faded as nothing seemed to help Robin.

In the midst of us trying these different products we had Robin’s 8 week check up with the doctor and spoke to her about his symptoms. She just said he was maybe a bit colicky and refluxy and gave us Gaviscon. All this did was constipate him. As Robin wasn’t losing weight and seemed to be gaining weight well they were not concerned.

As time ticked on and the googling continued the idea of a potential milk allergy crossed our minds but none of the medical professions had really suggested this. I had resigned to the that fact that perhaps it was just trapped wind after all. Hopefully come 3 months it would improve. Meanwhile we would continue the products above, the massage and comforting Robin in our bed in the middle of the night. 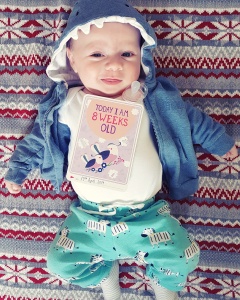 One day when Robin was around 12 weeks old the health visitor was over and asked how we were getting on, I once again raised our concerns but didn’t think anymore of it. Later that day I got a phone call from her. She had spoken to a doctor at our surgery and they had suggested we try a 2 week trial on a special formula called Nutramigen Lipil 1 for Cows Milk Allergy.

Cows Milk Allergy? I know Daddy had his suspicions but do they really think Robin was suffering from it? So we ditched the Aptamil Comfort we were using and started on Nutramigen. 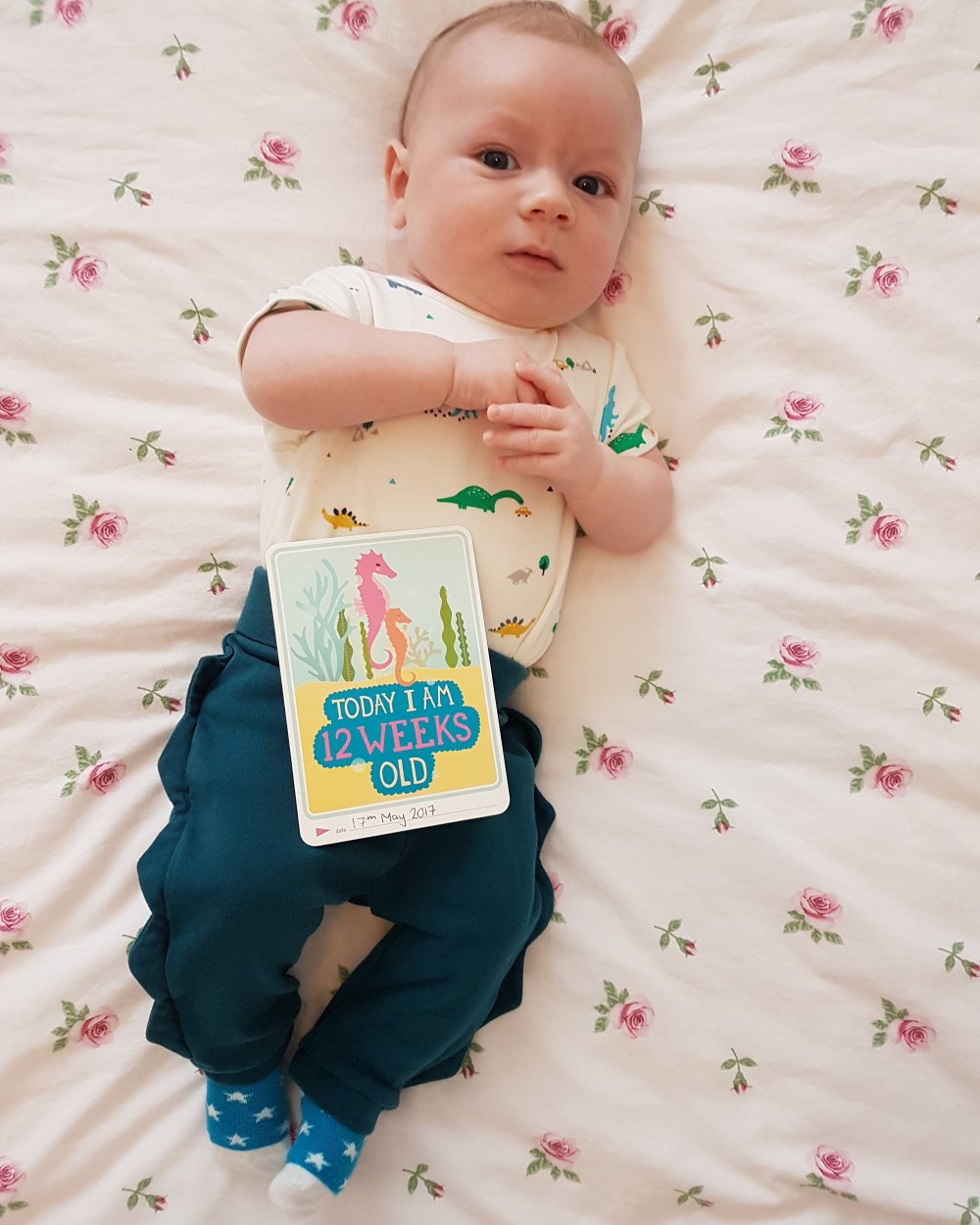 Thankfully Robin took to the formula with no problems. We had been advised that some babies point blank refuse to drink it as it tastes quite unpleasant. I have tried it, it is disgusting!

The formula Robin was prescribed was called Nutramigen Lipil 1. This baby formula has been extensively hydrolysed, is hypoallergenic and lactose free. Nutramigen explain the hydrolysed part of the formula in more detail on their website stating- 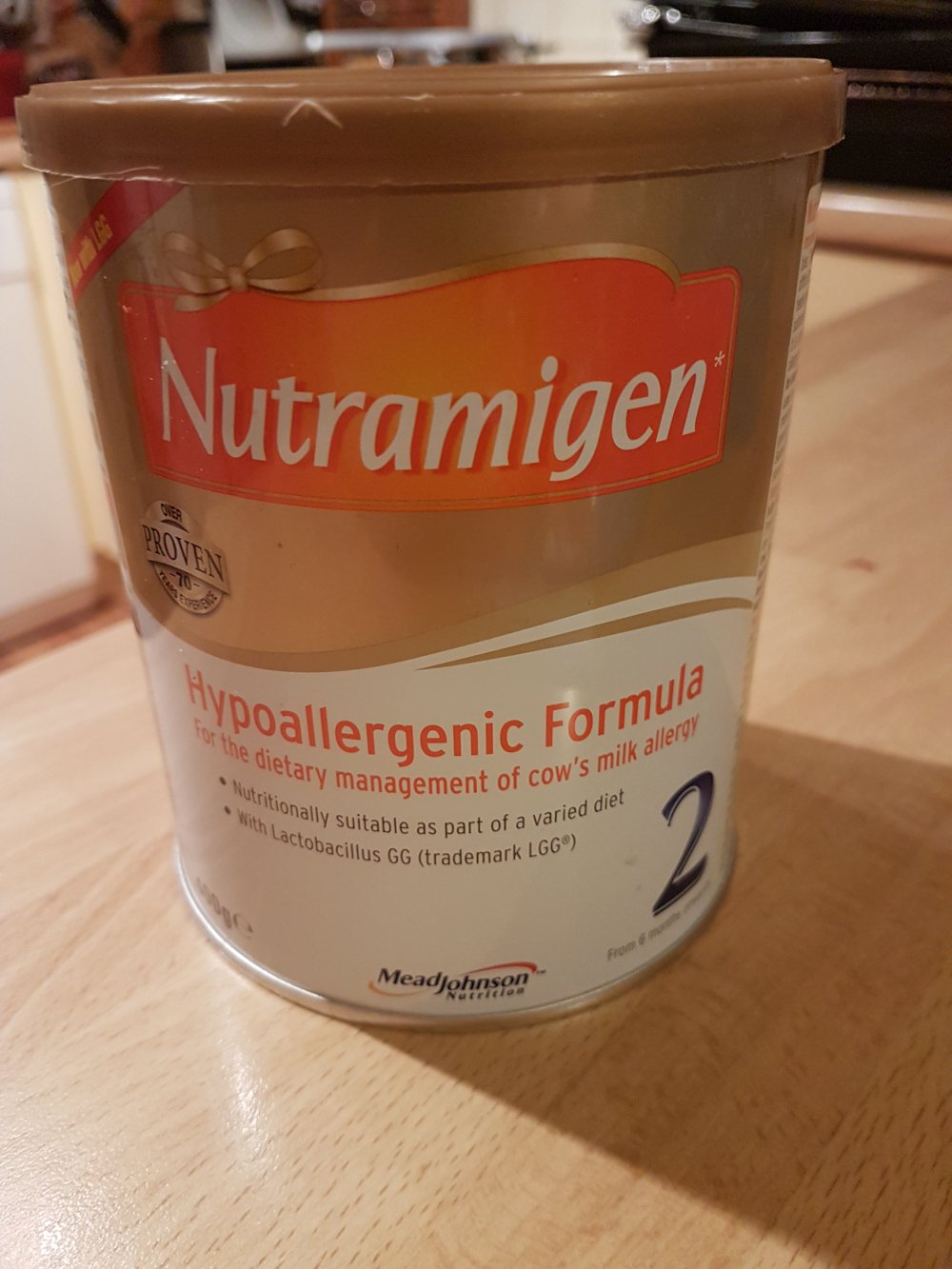 We were told we would have to try the formula for at least a month as it can take weeks for the milk protein to leave Robin’s body completely. Unfortunately we ran into an issue with availability of Nutramigen and had to be prescribed an alternative for a few weeks. This alternative was Aptamil Pepti 1, and Robin was awful on it.

Upon hearing we had been prescribed this as an alternative our health visitor stated Robin shouldn’t be on it as it contains lactose. She sorted things out for us and we were put back on Nutramigen.

This helped confirm to us that Robin definitely had an issue with cows milk. Especially as when we put him back on Nutramigen he seemed to improve quite quickly.

From that moment on and until this current day Robin has been taking Nutramigen formula. 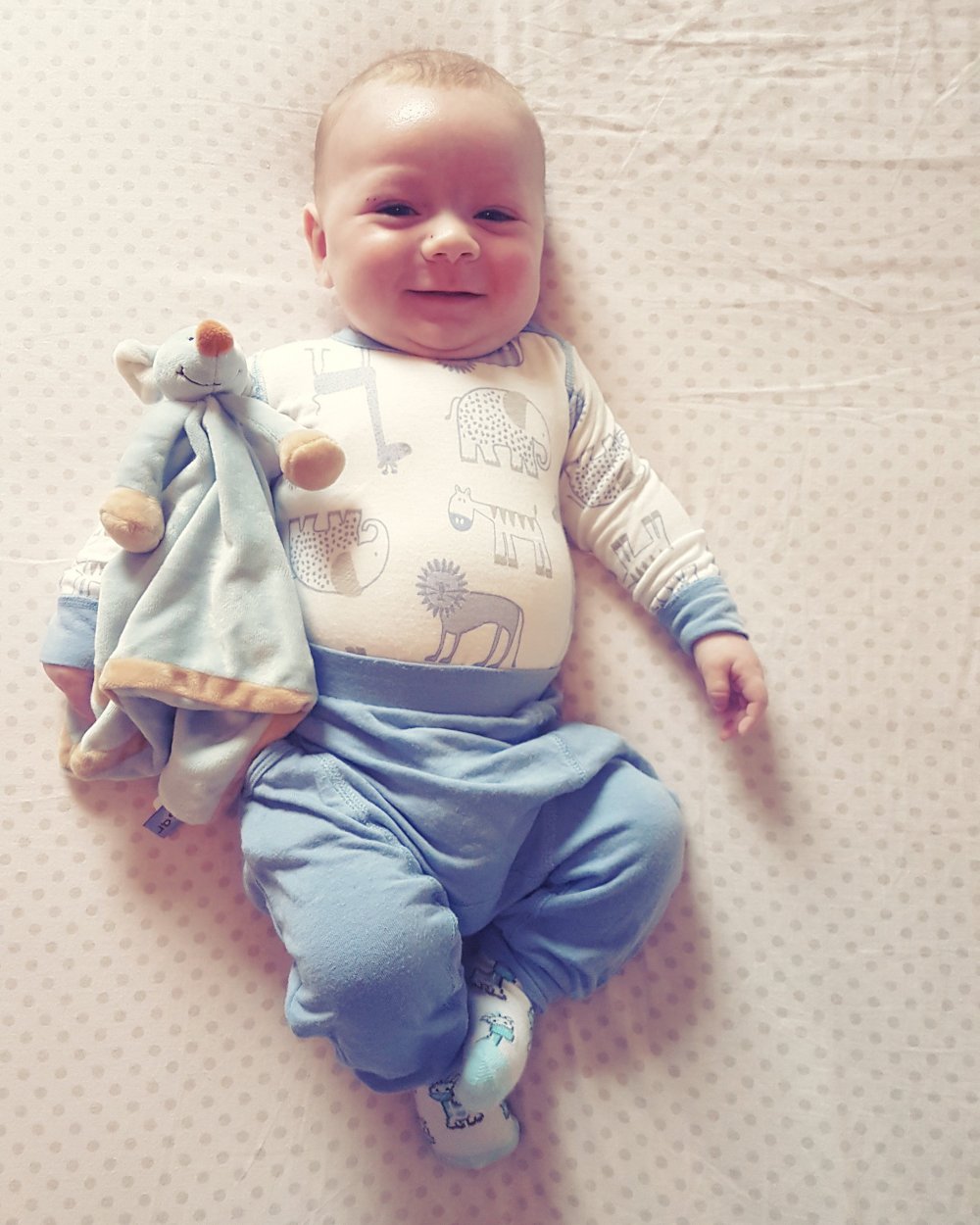 To get a full list of the symptoms related to cows milk allergy or milk intolerance take a look at these websites.

Here are the symptoms which we picked up with Robin.

Everyone always says as a mother go with your gut instinct and I guess I didn’t really on this one. It makes me sad to think Robin had been suffering for so long on his milk, I should have pushed with taking him to the GP more. We were lucky our health visitor intervened and spoke to a doctor otherwise who knows when we would have discovered the issue.

It is really hard as a first time parent to know what is normal with a baby and what is not, especially if you don’t have other people nearby to speak to about it, or who may have had experience with it. Googling for us just led to more confusion, with some people saying our symptoms were perfectly normal and others not. So if you really aren’t sure seek advice and if you aren’t happy speak to more doctors until someone does listen. I can’t thank my health visitor enough! 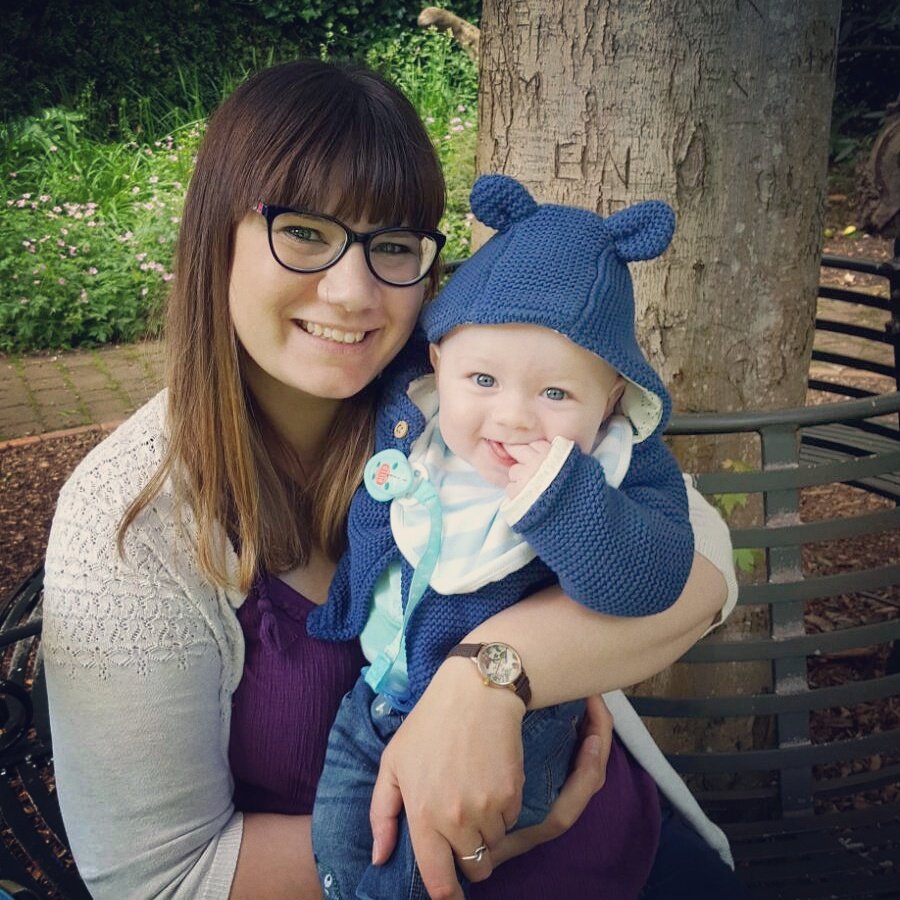 As Robin is currently 7 months old we have been weaning him for a little while now which means eventually his milk intake will drop. The thing about cows milk allergy in children is that many of them grow out of it. So at some point when Robin is around 1 year old (or before) we will have to try the re-introduction of milk “ladder”. This will see us introducing cows milk back into his diet to see if he has built up some kind of tolerance to it. You start off by baking the milk in a biscuit, then progress to milk cooked puddings and so on until your child can drink a glass of milk. Some children may take ages to progress up the ladder or some may never be able to, but this is what is on the cards for us early next year. 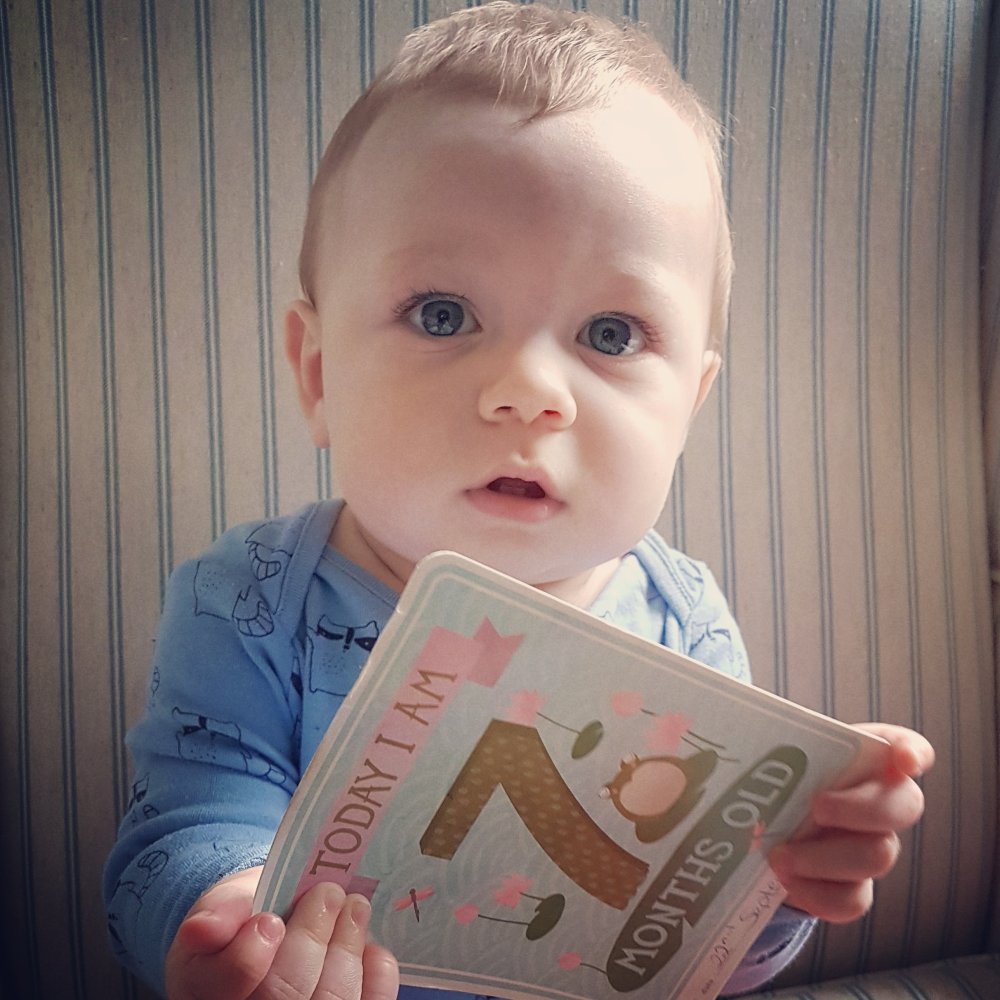