To be honest as I write this and try and cast my mind back to the early weeks it is a sort of blur, as if my mind almost wants to blank it out. Having my partner off for 3 weeks was great (it was a shame one of those was spent with me in hospital!) He fed and changed Robin a lot and I could do other tasks like washing etc. He did so much I actually felt guilty I wasn’t pulling my weight! But as people kept reminding me I was recovering from a major operation and should really make the most of the time to help my recovery.

We worked out a little system in which I would sleep late afternoon and then look after Robin in the evening whilst daddy slept and then we both mucked in through the night. The advantage of bottle feeding! 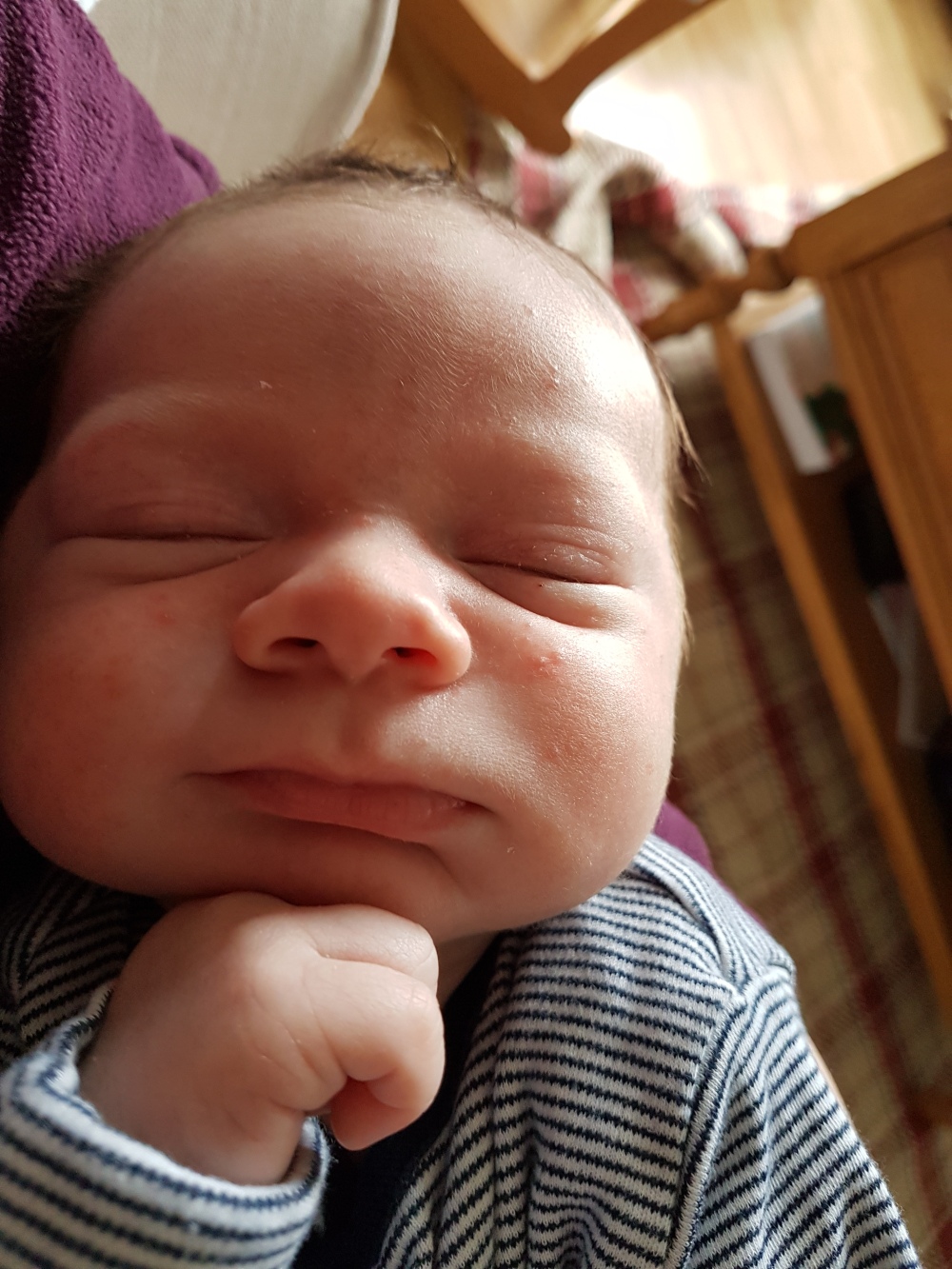 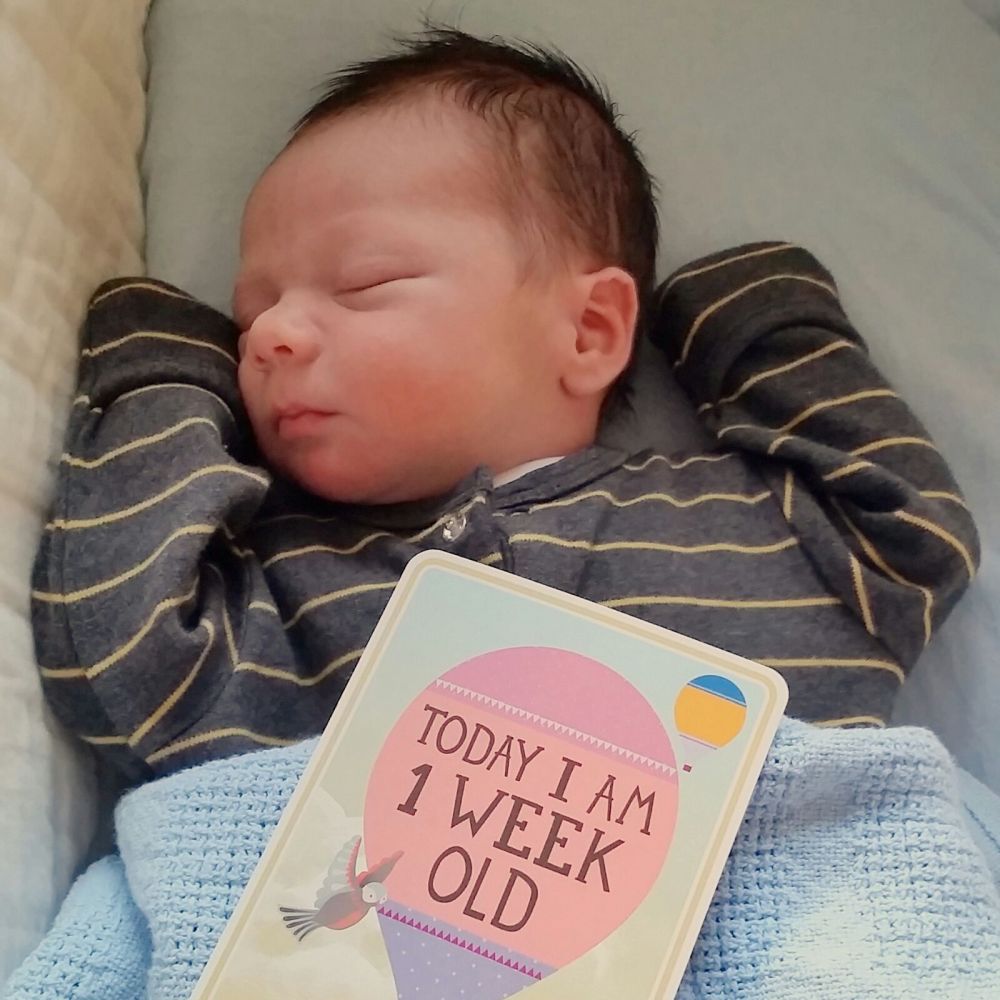 In the beginning we saw my midwife lots which was great but after 10 days she discharged me and I was gutted. I really liked her plus it was great to have someone come in and check on how you were doing ready to answer all those panicky new parent questions. It was now time for the health visitor to take over and monitor how Robin and I were doing.

We decided to take Robin out in the pram for the first time when he was about 2 weeks old. That was  majorly nerve-wracking for both of us! Getting out the house alone was a stress trying to time it between feeds and nappy changes but we did it!  A “first” now conquered.

As those 3 weeks drew nearer to a close I became increasingly anxious about the days when it would just be myself and Robin. How would I cope all day at home with a baby? I couldn’t drive yet as it was too soon after my operation and I was supposed to be taking it easy so had to limit the number of walks I was going to do….cue cabin fever! 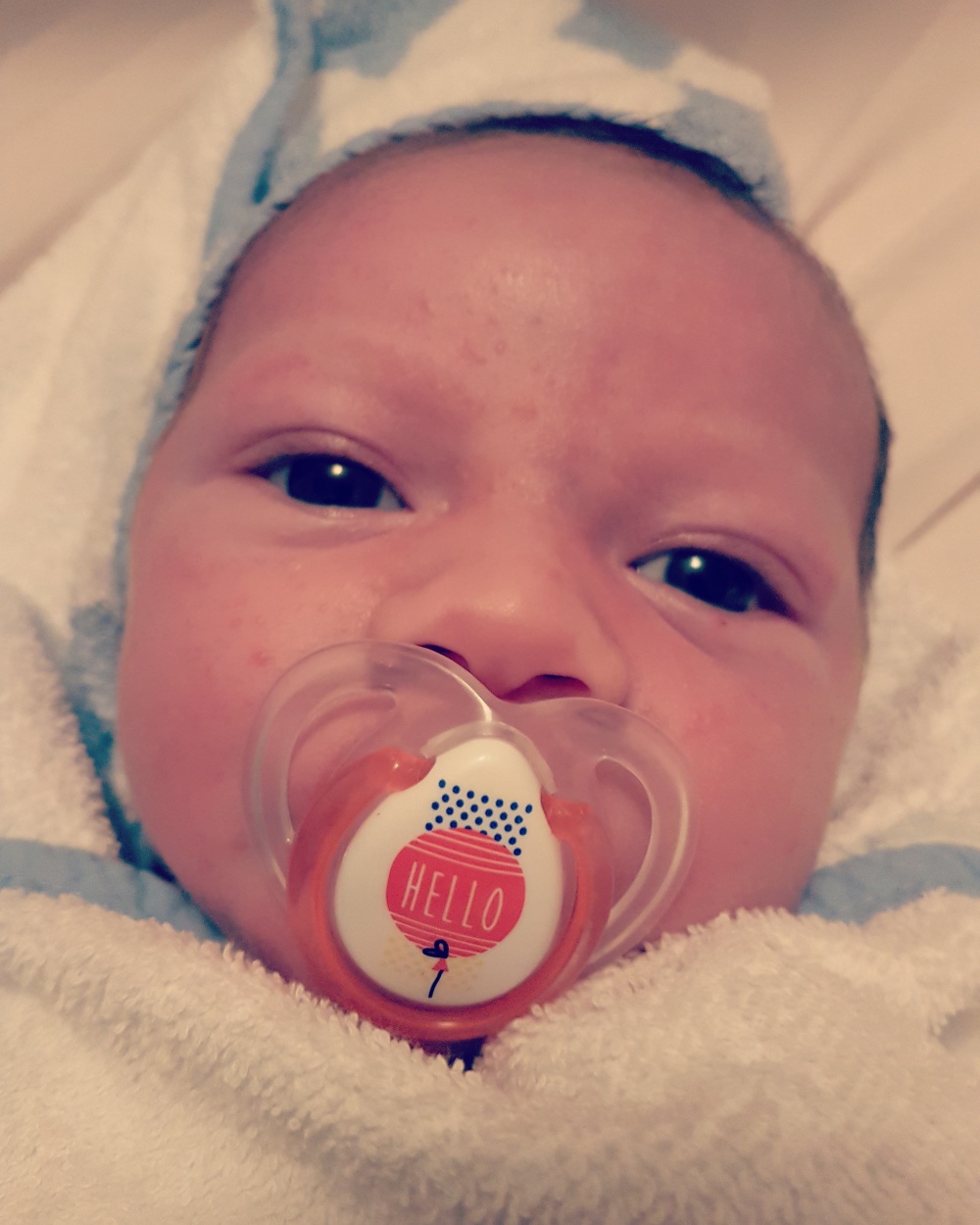 When Your Partner Goes Back To Work

I won’t lie, I did find it hard just the two of us through the day. I loved (and still do) having my partner around to share the load and just to give me some company! I was lucky if I could fit in a shower let alone do anything else and that was a stress. I used to grab the car seat and pop Robin in that whilst I was in the shower, every two seconds popping my head around the curtain to make sure he was ok and hadn’t suddenly managed to walk off….as if! But I can say with great satisfaction that as I write this Robin is 10 weeks old and I have managed a shower every day! To some that might seem like a minor accomplishment but to any new parent it’s one hell of a parenting win!

In the early days I would be perched on the sofa all day with Robin tending to his every need whilst I wished I could eat some lunch! The first day was the worst until someone recommended making your lunch the night before. What make myself a packed lunch in my own home?! Best advice ever, I’ve never looked back. Although I didn’t have a cup of tea until Robin turned about 3 weeks! (Just as well I’m not a huge tea drinker!)

The other struggle for me was being house bound. I have always been the type of person who hates being cooped up in the house. If I was ever off on holiday or it was the weekend I would have to leave the house during the day for fear of going insane. I’m still like this but at the moment the only thing I could do was take Robin for a walk in his pram around the park. So this was my daily escapism. 90% of the time he would sleep through the walk and I would be able to breathe some fresh air before we went home to the daytime TV waiting for dad to come home.

By 3 and a half weeks I wanted to get out so decided to hop in the car. It was probably a bit too soon but it allowed me to take Robin in the car and pick up daddy after a day at work. I was rewarded with a Starbucks Caramel Macchiato. Sounds odd but the short drive was enough to put Robin to sleep and daddy and I could have a mini date in his work car park sipping our coffees and chatting. Welcome back little bit of normalisation 😊
Camilla-Erika x